It’s my first project of the year! Coming in just under the wire for January, we’ve got Effervesce. 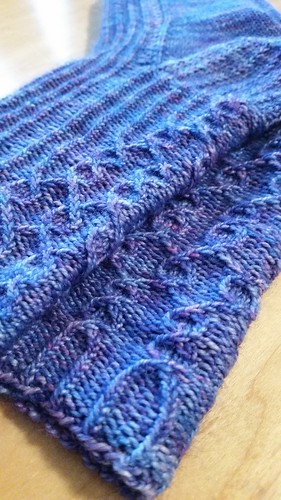 A fancy name that really does befit a lovely sock, but makes me feel like I’m in a pretentious perfume commercial when I attempt to say it. 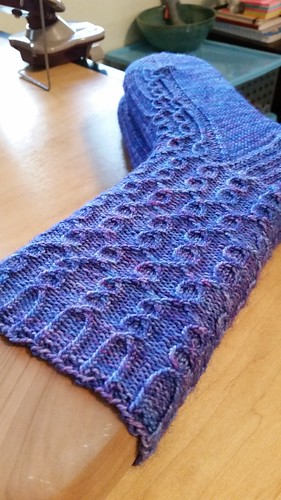 But, seriously, those are some pretty things. They deserve a pretty name. 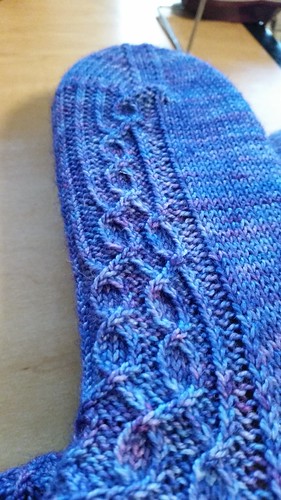 My friend and co-worker, Kristen, is equally lovely. She is a former dancer and a kickass nurse, and it’s one of my favorite things when I get to give her report in the morning. She’s also a dead ringer for Simone Giertz of shitty robot fame, who is just one of the coolest people in the world. I’m a firm believer that only the coolest people get the coolest doppelgangers, so there you go. 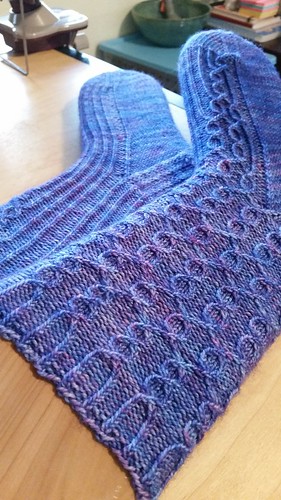 This pattern, beautifully written and charted by Purrlescent on Ravelry, has so many things that I am just a sucker for. It’s got symmetry between the feet, both in the cable twists and in the overall pattern design. 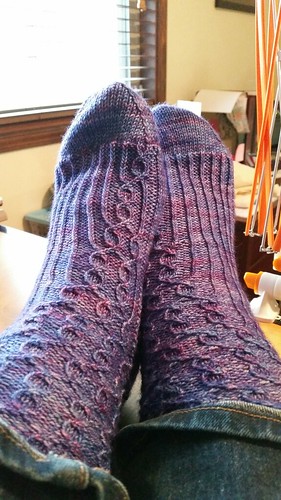 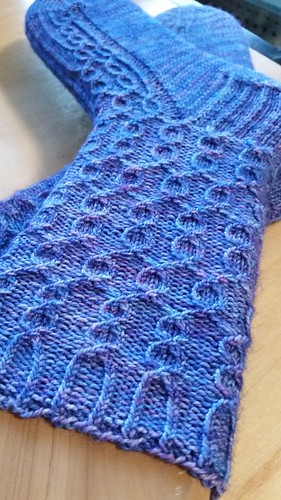 Even though I’m making an awful lot of fun of the name, this is one of my favorite sock patterns that I’ve knit in a long while.  It’s just too good. Each sock has its cable twists going opposite ways, plus the enlarging twisted rib detail just kills me. There’s something very satisfying about all those super straight lines. 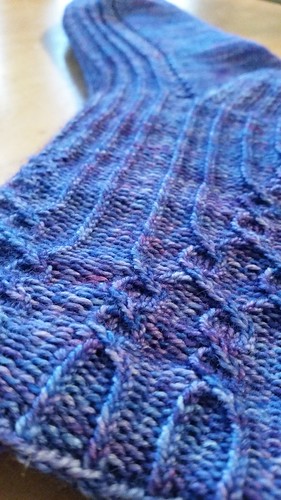 Like, look at that! So neat and tidy and orderly and perfect. 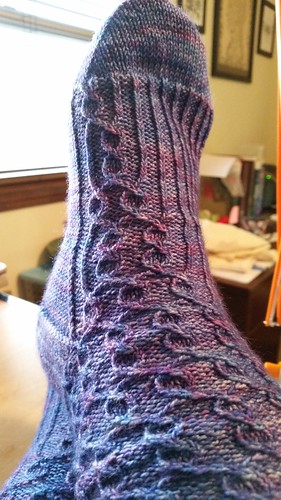 As you can imagine, having this type of symmetry required a whole lot of charts. Four, to be exact, and they were super clear and easy-to-follow, which can be quite a feat. What a good job. Plus, there’s a bonus recipe for sangria at the end of the pattern, which, although it’s not my favorite thing, is super fun. Who doesn’t love drinking and knitting? 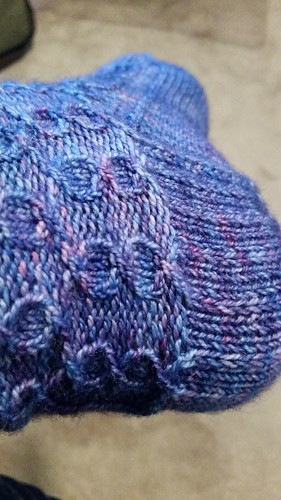 I’m particularly enamored of the way the cables unfurl into the slipped stitch heel. I’ll be sneaking these into Kristen’s work locker tomorrow, and I hope she feels the same.  And I hope she loves the name as much as I do.  And then we can both stare off into the middle distance and say it in unison.  Effervessssssce.

1 thought on “Effervesce: A Very Fancy Name for a Very Pretty Sock”