We’re on to the second blanket in our self-imposed Summer of Baby Blankets (make sure you go look back at vol. 1!), and it’s just such an astonishing piece of loveliness that I am surprised I made it. 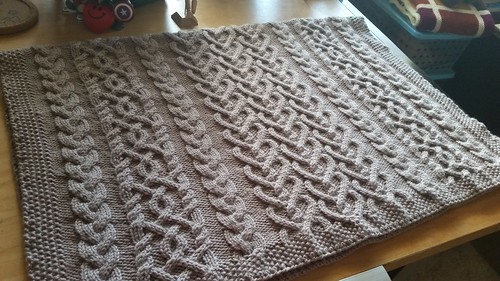 I mean, come on. If I didn’t spend so much time with it, watching Flashpoint and Endeavour while navigating its intensely cabled wonderland, I’d swear that I could never make such a thing. 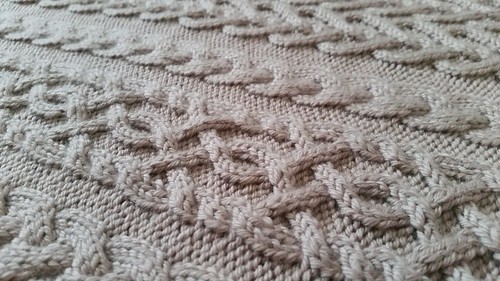 It’s almost like we should it Impostor Syndrome: the blanket. 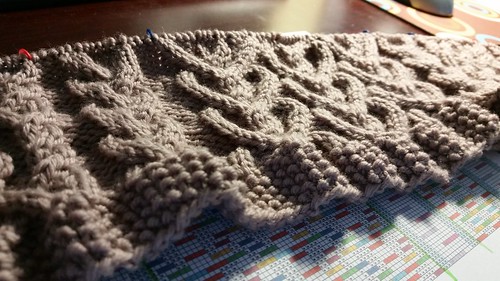 This blanket is going to my friend and co-worker Annie, who is expecting her first child in the next few weeks. She is, to me, someone who exudes a sort of class and grace about her that I can only aspire to, especially when I am concentrating very hard on not spilling something on myself or dropping something very breakable.

She’s lithe and blonde and will undoubtedly have the most beautiful and graceful daughter possible, so I figured she’d want to have something graceful and charming with family-heirloom potential. I clicked around for a long time on Ravelry, trying to find something that possessed those same characteristics. Something in lace or cables, for sure, but nothing that looked like it was an exercise in crazy celtic love-knots or impossibly difficult cabling. Just something classic and simple, but interesting and difficult enough to hold my attention. 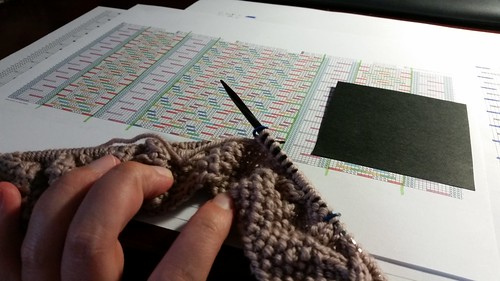 Enter Levi’s Baby Blanket by Lindsay Humphrey.  Three separate cable motifs, all symbolizing the unity between a baby and its parents. 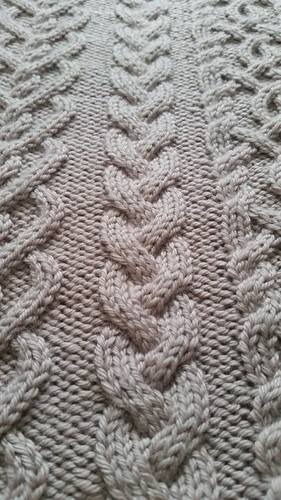 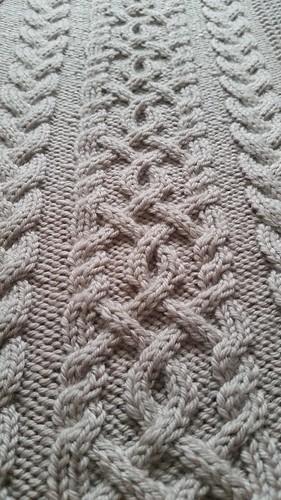 …and a set of three heart motifs running up the center? 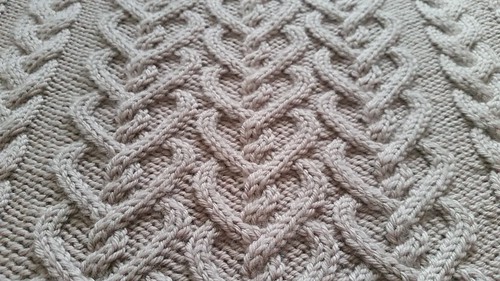 It’s got everything you could want in classic baby elegance, plus a cable chart that’ll knock you over sideways. It’s color-coded, for pete’s sake. Does it get any better? 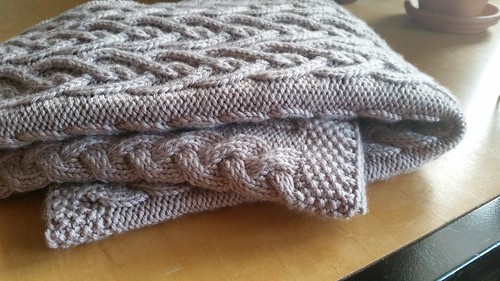 I went again with Cascade 220 Superwash Merino, this time in the color Tuffet (02), which is the most amazing cross somewhere between soft brown and gray. Like a really delicious mushroom. Or the color you’d expect Martha Stewart to have in every room of her house. 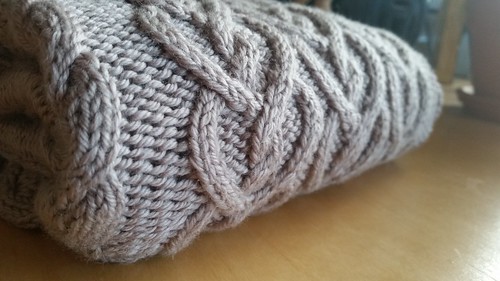 When it was blocked, the merino relaxed into gorgeous silkiness, while still keeping perfect stitch definition for all of those twists and turns. I may have shoved my face into it for a second. 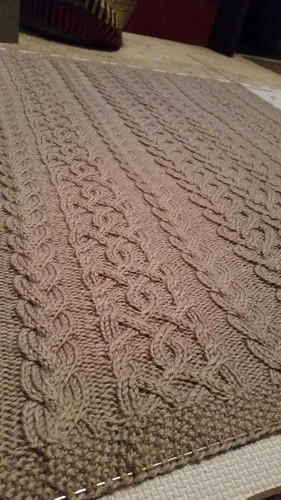 And speaking of blocking, blocking wires are definitely your friend here. They are the perfect solution to making sure that every cable is stretched out perfectly both horizontally and vertically, and in getting those wavy blanket borders to lay flat. I got mine here, and have used them for almost every project since. They are a fantastic investment.

I did make a tiny bit of modification here from the original pattern, in order to make my yarn choice and desperate need for symmetry to work together.  The original pattern calls for a DK-weight yarn, and the Cascade 220 Merino is more of a light worsted, so things are going to be a little different height-wise. Also, I knitted the whole thing on size 6 needles, which may seem small, but really gets those cables to pop right in your face. To accommodate for this, I had to change the ending point of the pattern. 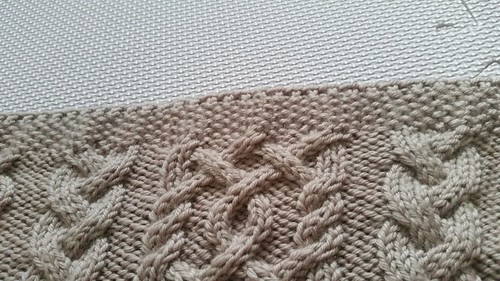 The pattern calls for three repeats of the chart, then working up until row 56 on the 4th go-around. Because my yarn was larger, I found that I was at a really good length at three repeats, and then I just continued until row 9 so that my top and bottom cable twists on the 2nd cable motif were symmetrical. However, this made me go on to a fifth ball of yarn that I had to frantically special-order. If you’d like to make this pattern in the same yarn, you could probably just stop on the third chart repeat at row 73, then start your border from there. That way, you get your symmetry and you don’t have to scramble for that extra ball of yarn. 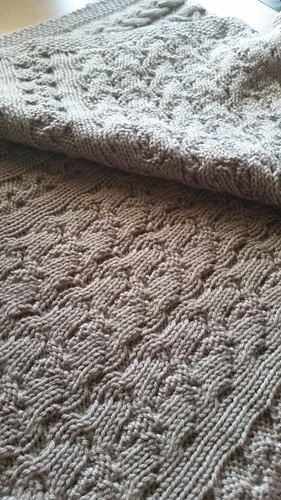 Ugh, even the wrong side is pretty. 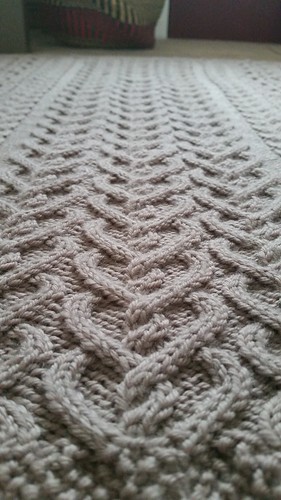 Stay tuned for the exciting finale in the Summer of Baby Blankets, as soon as I finish it. Which might take a little bit. Hopefully we don’t bleed into the Early Fall of Baby Blankets, because it just doesn’t have the same ring to it.