Any day that ends with the top news item on your Facebook feed being “mathematical constant celebrated” is definitely a good day. And any day that ends in pie. Especially this one. 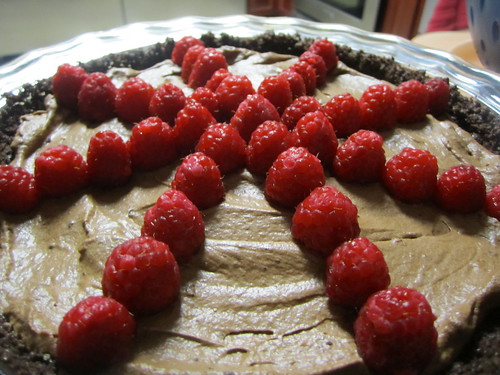 Pi Day is today! I always make it a point to celebrate the day. The greatest nerd holiday short of May the Fourth. (Anybody? You know who you are. Be proud in your nerd-ness.) I could tell it was coming up because there was a drastic increase in hits on the blog for my Strawberry Chocolate Oasis Pie, and if you are making it to celebrate today, I can’t think of anything that would make me happier.

I made a pie to celebrate yesterday, but waiting until today to post it keeps my nerd cred intact, yes? My reasons for making it yesterday? Because I had to hang out with some awesome sick children and give them medicine and take their vital signs for 12 hours today. That’s why. 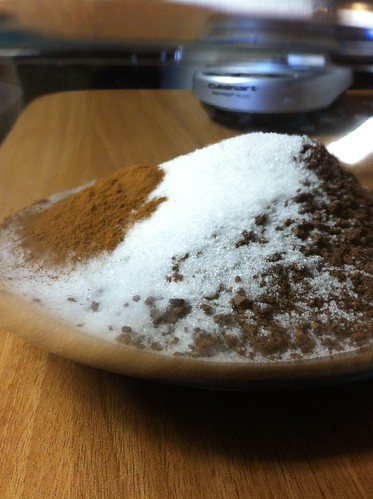 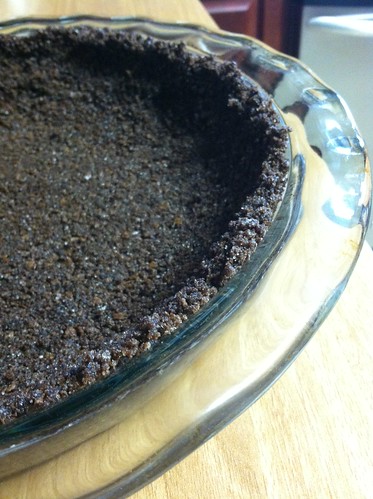 This pie is not all that different from that previous glorious strawberry-chocolate wonder, mostly because I am bad at making up new things with any sort of confidence, but also because it’s really hard to go wrong with French silk and fresh fruit. And chocolate cinnamon graham cracker crust, of course. 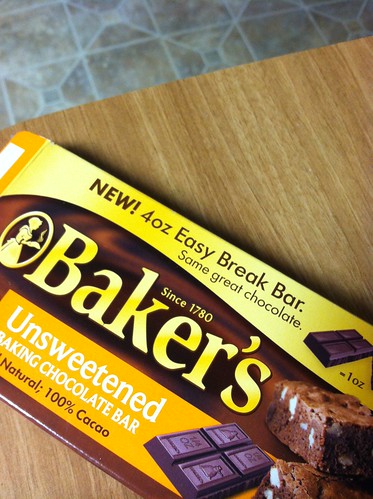 Before we get to the recipe, I have a bone to pick with the (presumably) good people over at Baker’s. Now, I could already say something to you guys about the fact that these boxes used to contain 8 oz. of chocolate (double the chocolate!) for the same price, but I’m not going to harp on that. What I am going to say is that this is a box of lies. 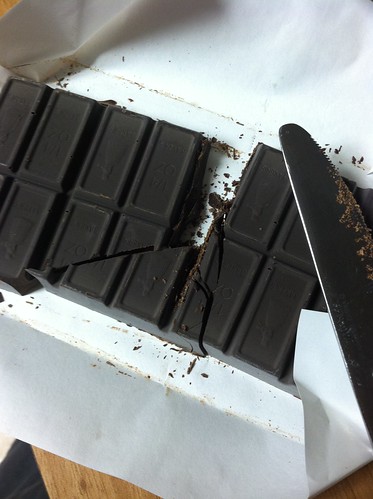 EASY BREAK BAR? LIES! Go back to those fantastic little individually-wrapped squares that caused me absolutely no shouting or anger. Please. There’s only so much I can take. 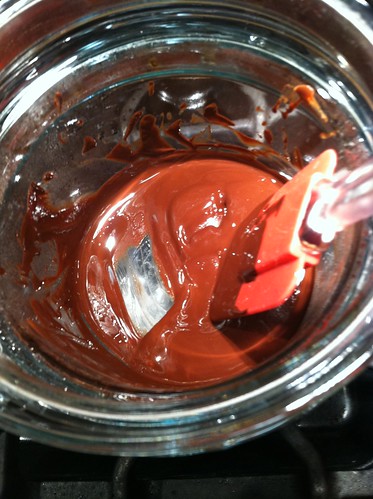 Recipe now? Or, as I learned today from people from Germany looking for pie on my blog, rezept now? No problem.

Chocolate and Cream and Berries? Oh My!
totally awesome recipe name from my amazing friend Amanda, picked from an impressively insane list that also included suggestions that incorporated my own name made by some of the greatest people that have ever walked the Earth

with a tiny bit of assistance from Betty Crocker

6-8 oz. fresh raspberries, rinsed and sorted through to find the prettiest ones

Directions:
Crust:
Preheat oven to 350 degrees. Stir all ingredients together in a medium bowl until well-incorporated. Press mixture firmly against the bottom and sides of a 9″ deep-dish pie pan.

Bake for approximately 12 minutes. Allow to cool completely before filling.

Filling:
In medium bowl, beat sugar and butter with electric mixer on medium speed until light and fluffy. Beat in vanilla and cooled chocolate. Gradually add in egg substitute and beat on high speed until mixture is light and fluffy (about 3 minutes). 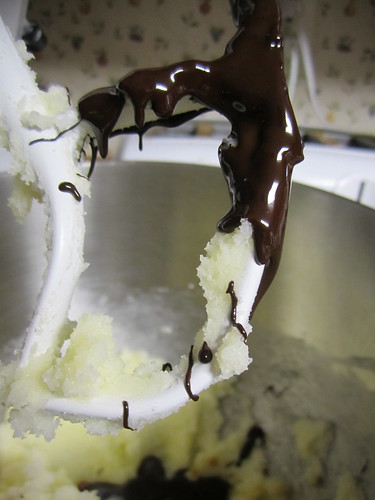 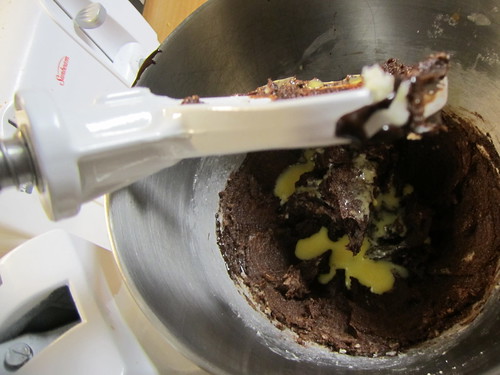 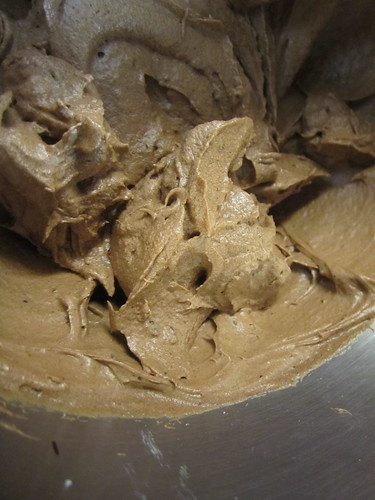 Pour into pie crust and spread evenly. Refrigerate for about 15 minutes while you prep and sort your super pretty raspberries. 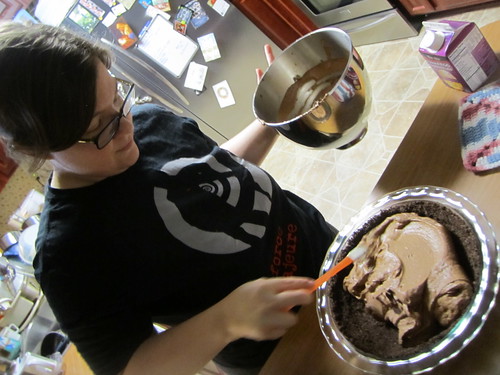 It’s not completely necessary to wear an Eddie Izzard comedy tour shirt, but it helps. 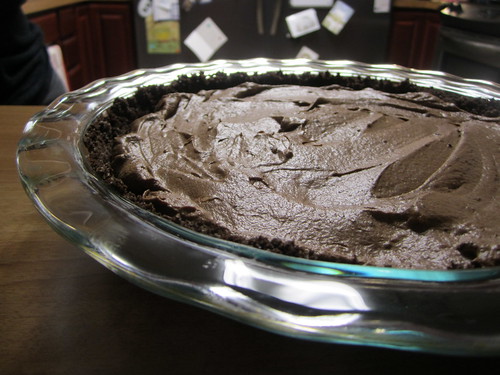 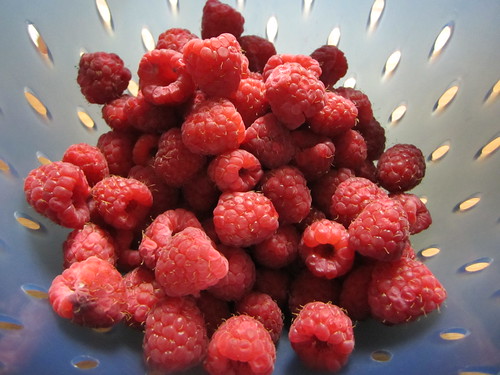 Place the raspberries (and press them in slightly) in a pleasing pattern on top of the pie, either going with the radius-inspired wheel-spoke pattern that we did, or something even more mathematically geeky. Or you could just buy an insane boatload of raspberries and cover the whole damn thing. 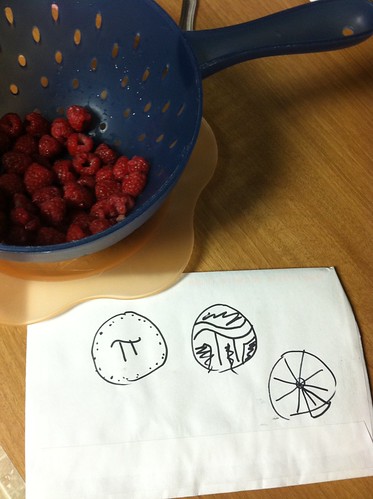 There was a little bit of back-of-the-envelope deliberation involved over here. 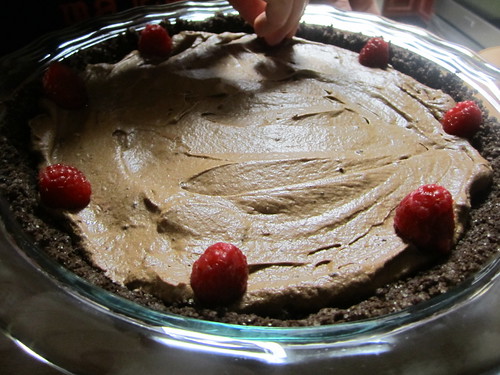 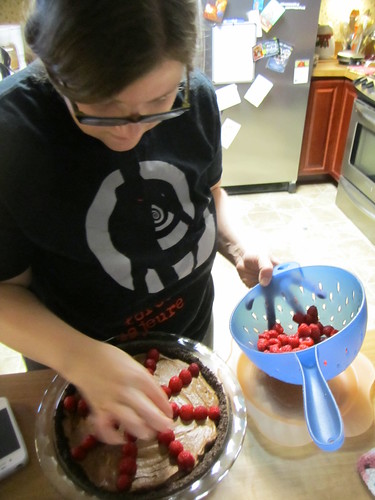 Chill pie for at least 2 hours, but not before ogling your work for what seems to be an excessive amount of time to anyone slightly normal. 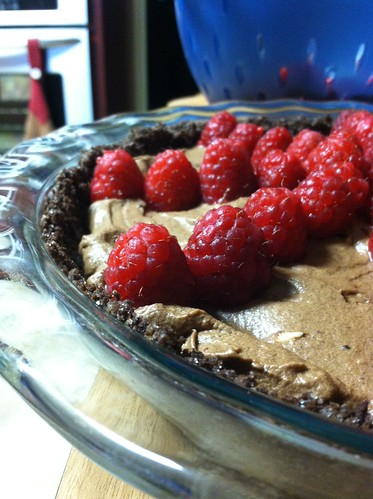 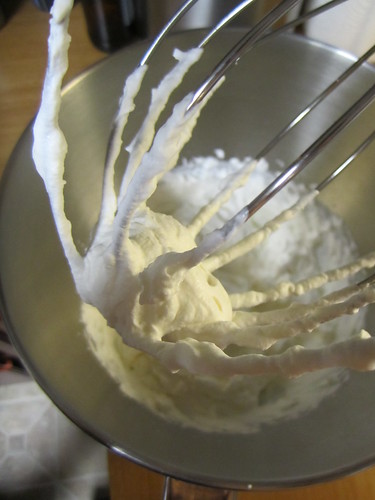 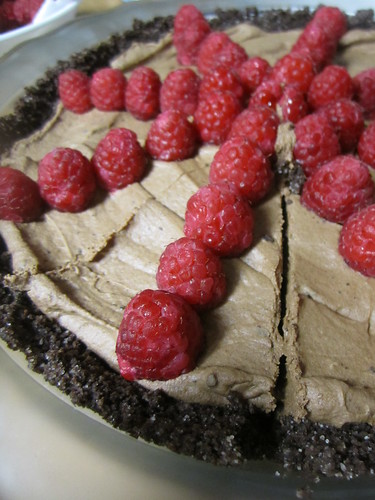 Slice that pie up with a mind to keep each radius centered on each slice. You get to eat a food version of a mathematical measurement!  (Or just slice however you want. You have all that power here. You could eat the entire center out and leave the crust, if you want. It’s your Pi Day.) Drop a heaping dollop of whipped cream and a few scattered extra raspberries on top, and then enjoy! 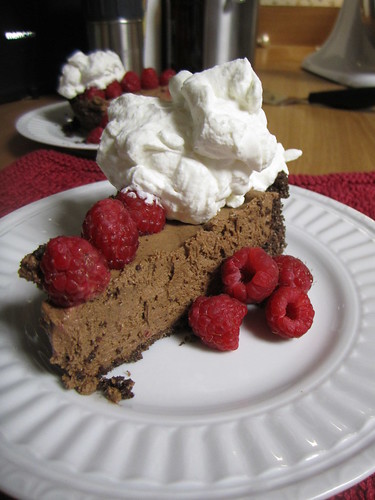 1 thought on “A Very Very Very Happy Pi Day 2015 to You! Chocolate and Cream and Berries? Oh My!”